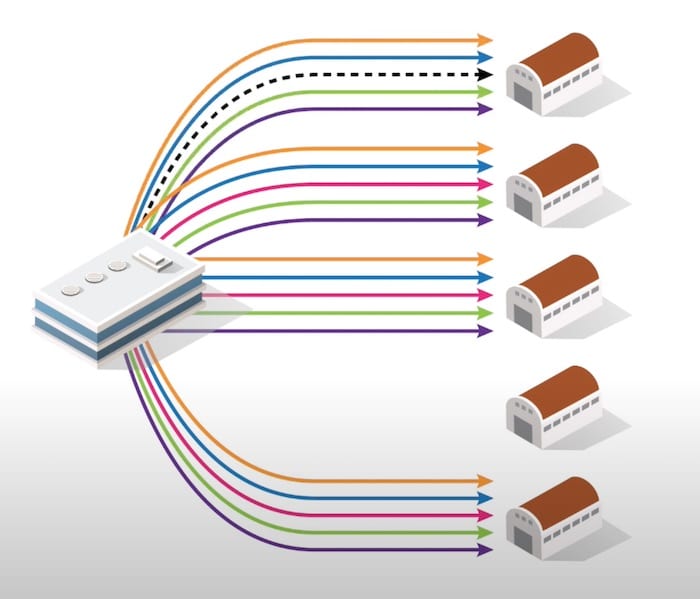 Caretech has just released a new video explaining how virtual stockpiling will contribute to emergency response by securitising and flattening all aspects of the supply chain.

It was a surreal moment for me as I clicked the email link snug and warm in the late-night winter chill onset. I leaned back blinking my tired and strained eyes as I watched the video for the first time.

It is our explainer video entitled Enabling Virtual Stockpiles. Caretech has just released this video explaining how virtual stockpiling using our SIP System can be a game changer.

I reached the end of the video, breathed deeply and pressed play again. At last, here was a clear and succinct explanation of the so many disordered and disjointed thoughts that had kept my mind racing, and when, during a deeply personal emotional time for me, COVID had been officially classified as a pandemic.

During the previous 12 months I had been researching, and coming to grips with, how extreme and urgent the threat of a biological attack was, and now it’s here! So many countless hours wandering about lost in thought, swimming, thinking, walking and pondering. There had to be a better way to organise, securitize, and flatten the supply chain of emergency response and deliver patient-product security and equity.

A radical system upgrade was/is needed, and now it will likely have to be implemented with the added complication of the now fully activated emergency circumstances.

Before researching this matter, the Ebola outbreak in West Africa had been closely followed by the Zika epidemic in Latin America. The response to those events had been so concerning it prompted Sir Jeremy Farrar to say at DAVOS in 2017 “We’ve got lucky so far”. Subsequently the organisations of Centre for Epidemic Preparedness and Innovation (“CEPI”) and the Global Preparedness Monitoring Board (“GPMB”) were formed, with a hypothetical future pathogen then targeted. It was given the name – Disease X.

So here and now we find ourselves deep in a pandemic with COVID19 displaying most all the feared attributes of Disease X. Our siloed, fragmented, and politicised systems are not coping and are essentially creating havoc worldwide. The equitable distribution of vaccines and the gathering of critical information seems to be alluding even the most powerful organisations and the most sophisticated conventional systems. COVID is here, it is a virus, we are experiencing the 2nd, 3rd and now 4th waves, and it is mutating!

The SIP System is a digital and physical enabling platform that bridges the gap between supply chain securitization and product level securitisation for emergency response. I urge you to assess how virtual stockpiling with the strategic Intelligent Packaging System can change your emergency response dynamics.

I firmly believe society must act boldly to embrace and harness the innovation and the technology available to us with industry 4.0 and IoT solutions, and we must act.

We must act decisively: we must act strategically.